KAI-EN´s work engage in the subtle but radical qualities of becoming.
Through erasure, withdrawal and surrender, the body’s conditions of existence in the world are shifted. Disintegration and porosity are conditions often returned to. At its core lies a desire to become landscape - the body´s co-existence with the ever-shifting, diverse and vibrant universe.

The body is the centre of the work. In butoh, the body and the consciousness are pushed towards an intention of becoming other - other living beings, organic processes and forces. Butoh evokes an intense relation with the world through all senses. Through this process the body's relationship to the world is shifted. The body and the space becomes alive.

KAI-EN studied with Swedish choreographer and butoh artist SU-EN from 2005-2010. She participated in many of SU-EN Butoh Company’s performances and projects as well as assisted in workshops and performance projects throughout Sweden. Through her final examination she was given the name KAI-EN (SEA SHELL-GARDEN) which signifies the living link from SU-EN's body and SU-EN butoh method.

SU-EN is the pioneer of butoh in Sweden. She studied in Tokyo from 1988-1994 with the Tomoe Shizune & Hakutobo group where the legendary dancer Yoko Ashikawa was choreographing and teaching. The base of SU-EN butoh method was developed from the Shizune/Ashikawa method.

Since its origins as an avant-garde movement in Tokyo in the late 50s, with one of the founders, Tatsumi Hijikata, as the most influential choreographer; butoh has challenged western aswell as traditional Japanese aesthetics and has had a great impact on contemporary art and dance. Butoh is (still) radical - not so much because it challenges our conceptions of beauty or normality - as it is often described as ”grotesque”, etc - but rather because, through its intense examination of the bodily experience, on a very deep level it explores the conditions of our existence in this world. 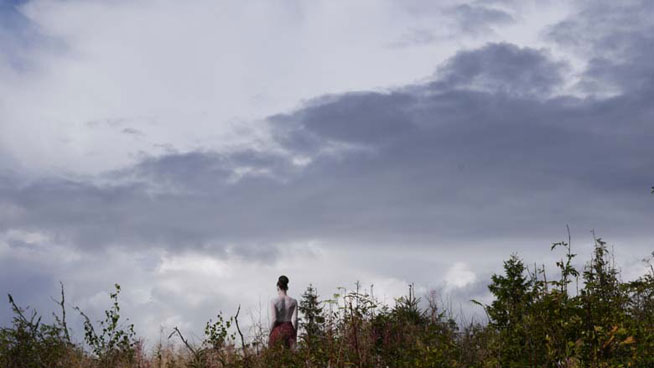